There is no time to be bored in Georgia for children. Of course if you plan your trip in the right way. In this article, we offer to visit places of interest that will be interesting not only for children but also for adults.

In 1975 was built the first unique at its kind dolphinarium in Soviet Union. The show is hold at any time no matter what the weather is like. The price of the ticket is quite reasonable. For 35-40 minutes-show you will have to pay 15 GEL. You can also swim with dolphins, the cost is more expensive and depends on the age of the participant. Taking photos and video recording is not only allowed – they are for free!

There is a Georgia in miniature park not far from Kobuleti. Only banks and cafes are in full size, everything other is for real Gullivers. The whole country is presented as small sculptures – especially it will suit those who do not have to get acquainted with the whole Georgia but they have a desire to examine the most famous places of interest. It is especially beautiful in the park in evenings, when the ligheting is turned on. 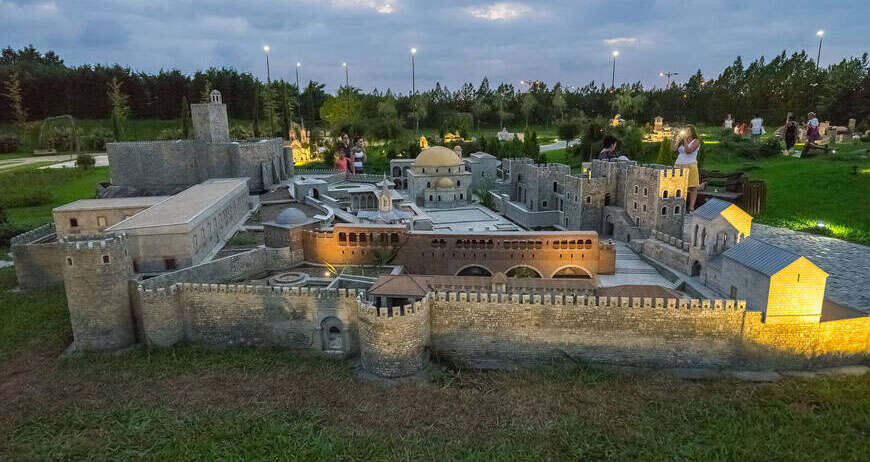 Tsitsinatela amusement park was opened in 2006 in Kobuleti. The name of the park in Georgian means “firefly” because it as a firefly is shining bright and allures the visitors – the park working hours are from 6 pm till midnight, when it is dark. The entrance is free, if you want to have a walk among the alleys you do not have to pay but the rides cost some sum of money and you will have to pay for them if you want to have a ride. The box offices are located only at the park entrance. Maybe it would be the best variant to buy tickets right when you enter in order not to waste time. The park works only from June till September, at other time it is closed.

The theater has been opened almost 30 years ago – in 1981 and was named in honor of its founder and creator. Rezo Gabriadze is famous not only as a play writer – he is a gifted sculptor, he makes his own puppets and writes places for himself. The theater building is located in Old Tbilisi. It is easily recognized by the clock tower – you will not pass by! The puppets look almost like alive during the show when they are under control of Rezo Gabriadze. The theater is also famous by the fact that it took part in international festivals.

Batumi aqua park is still popular despite the fact that is more than 10 year-old. It is of a current interest especially in summer heat. The auqa park is located on the Black sea shore. There is a great variety of rides – they will suit as extreme people, so those who have enough of adrenaline and do not want to get any more. The entrance costs 40 GEL, but lounges and rides are free. It is opened from 10 am till 6 pm. There is a big variety of drinks in Batumi aqua park bar, the prices are reasonable and do not differ from the ones in Batumi. 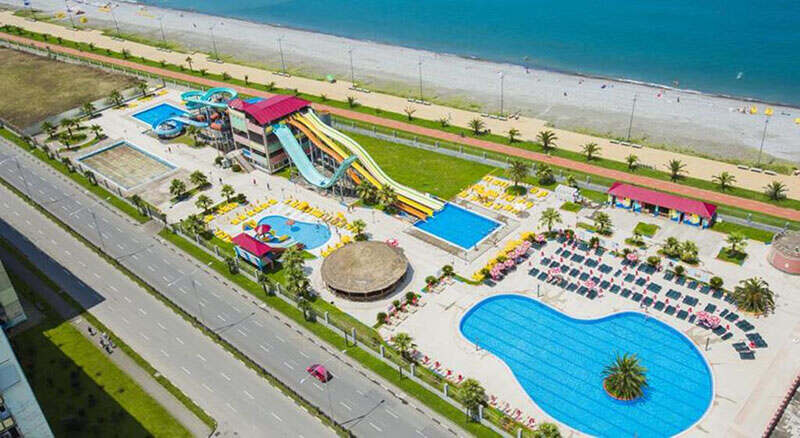