Tusheti – only for those who has a strong spirit

This is a historic mountainous region that nowadays is related to Kakheti. Tusheti territory is guarded, its quarter is a nature reserve while more than 80 hectares belong to the territory of a national park. No matter – Tusheti looks practically untouchable by a man: thanks to numerous mountains, it is rather difficult to get there. 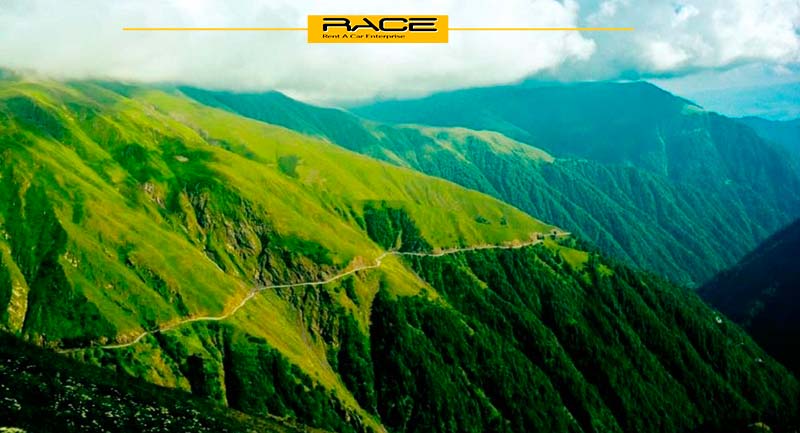 Due to the fact that Georgia was one of the first countries who adopted Christianity, it is quite naturally that Tusheti is also a region where Christianity is a common religion. However, you cannot deny a fact that paganism left a bigger trace on Tusheti than on other Georgian regions:

Omalo is a village in Tusheti with a population of 1 000 men, but only those who are strong-spirited spend winter in the village, all the other locals leave Omalo to the places that are located not far from civilization. It is this very place where “Mimino” movie was shoot that made Omalo a popular place among post-soviet countries. Here you will have no problems with mobile communication, but you may have some difficulties with the food: despite that, there is a kind of a supermarket in Omalo, the locals get the products with on their own. This place will ideally suit those who want to have a rest from the city fuss. The landscapes and the nature here can inspire everybody; you may examine Omalo territory during the horse-riding. 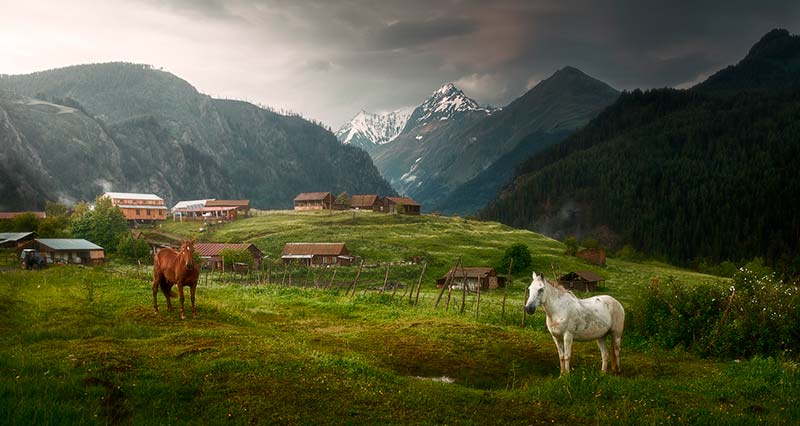 As Omalo, so Shenako village also took part in “Mimino” shooting. There is only four kilometers between Omalo and Shenako. And a deep gorge that make these two villages much more remote than it may seem. If you think that there are not so many people in summer who live in Shenako, than you do not know its population in winter periods: a bigger part of Shenako men leave it and for winter times there left several families and no more. The locals are Christians, the Trinity orthodox church is a confirmation to this. The Greeks built it in 1843 and the Georgians painted it with frescoes in 2013. 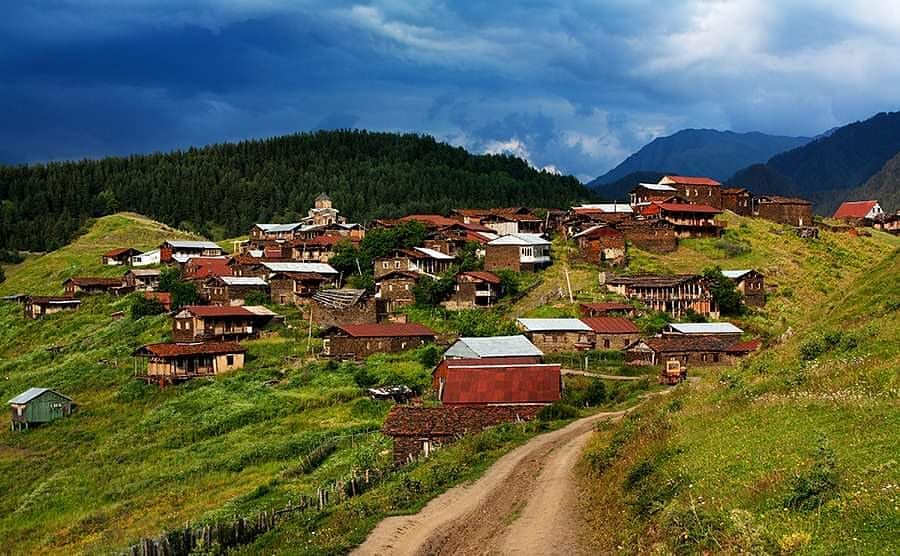 You can get from Dartlo to Omalo in several hours of having a walk if you of course know the way. It is located 2 000 meters above sea level. There live close to ten people, but for winter periods, nobody stays in the village. Despite all of these, there is an active hotel in Dartlo where you can stay. The ruins of once beautiful castles and churches are renovated with the help of the Georgian and international organizations. They are important for the Georgian culture. 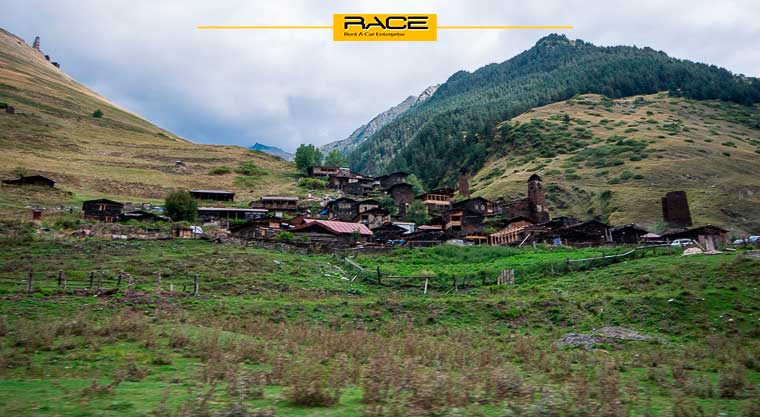 Rent a car in Georgia cheaply, with a discount | Race.com.ge
Despite the high season, we offer a «happy hours» promotion for those who have already arrived in Georgia, but have not yet rented a car.
More